What is the glass ceiling effect? 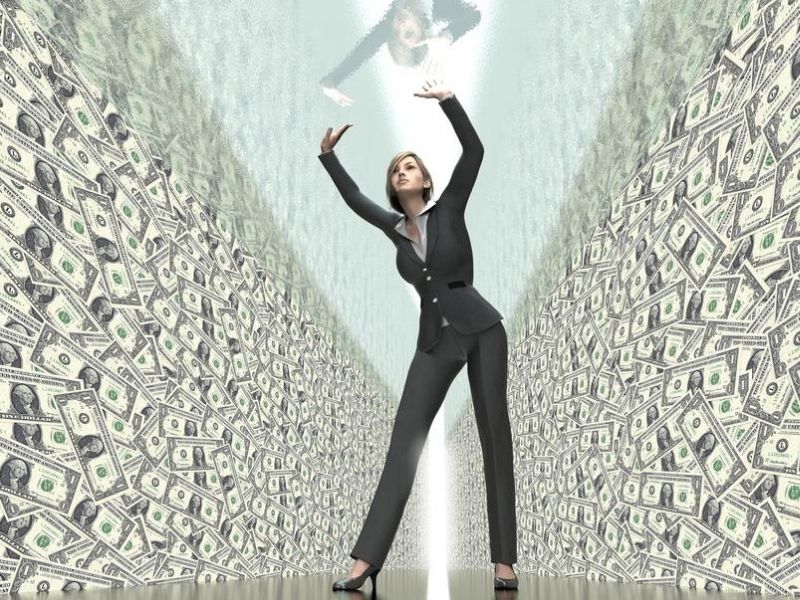 You’ve probably heard the term “glass ceiling”, but what does it actually mean? The term “glass ceiling” is used to refer to invisible obstacles that keep certain people or groups from advancing in the workplace. In theory, the most qualified individual for the job should be able to advance without bias or prejudice. However, this isn’t always the case.

What Exactly is the Glass Ceiling?

The best way to describe the glass ceiling is through example, the most prominent being the office of the president of the United States. Although there is no law that says a woman cannot be president, it hasn’t happened yet. It’s not just women that experience this effect. In our entire nation’s history, we’ve had just one African American president.

Women and minorities are affected the most by the glass ceiling effect. Although an employer may boast about recognizing diversity in the workplace, studies show that women and minorities are vastly underrepresented in upper management when compared to white men whom are often less qualified for the position.

What are the Effects of the Glass Ceiling?

Knowing that you have a stalled career and likely won’t have the same opportunity for advancement or a higher income can leave you with feelings of self-doubt, anger, resentment, and hopelessness. These feelings can affect you professionally and spill over into your personal life.

A 2019 study showed that the glass ceiling effect has a direct impact on stress levels of women. Chronic stress is known to have physical effects on the body, such as lowered immunity, digestive problems, and adverse effects on the cardiovascular system. Long term stress may also cause irritability, headaches, sleep problems, and feelings of sadness or depression.

Chronic stress may contribute to health issues such as higher blood pressure, diabetes, and heart disease.  Women in particular may experience higher levels of stress and anxiety due to gender discrimination, unequal opportunity, and unfair wage gaps. Stress and anxiety may cause nervousness, worry, trouble concentrating, and even increased heart rate and rapid breathing.

Another unfortunate effect is retaliation. Speak out against clear discrimination after being passed over for a job promotion, and you might just find yourself out of a job. Luckily, there are legal avenues to pursue when this happens. These LA attorneys for wrongful termination are an excellent example.

How Prevalent is the Glass Ceiling?

Although there are some advancements being made when it comes to workplace discrimination, the glass ceiling has not been shattered. An estimated 85% of executives and board members in America are white males. Studies show that even when women did rise to senior positions, they were paid less than men in similar positions.

Unfortunately, women and minorities must go above and beyond their white male counterparts to “prove themselves.” That means you may have to work twice as hard to get past the double standard if you want to reach the highest positions in business or politics. Even then, you may not be taken as seriously and will likely not be paid your fair share.

Keep in mind that this issue has nothing to do with you personally, but rather that it is a systemic and societal issue. Many people have chosen to raise awareness in an effort to change the system, which has made some headway. Contacting an organization such as the U.S. Equal Employment Opportunity Commission to learn more about your rights is also highly advised, especially when discrimination is present.