Nicolas Krafft Climbed His Way to the Top of Luxury 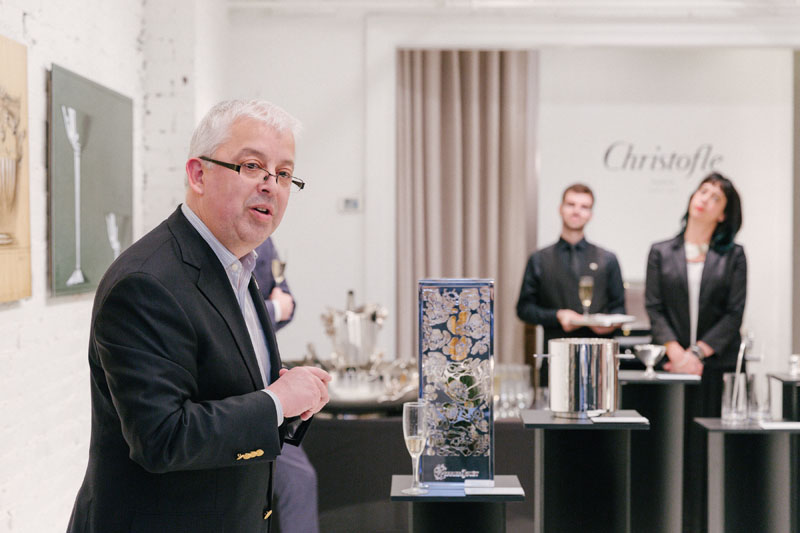 A humble spirit, driven work ethic, and dedication to the finer things in life makes Nicolas Krafft news few and far between. Always working behind the scenes, Krafft has a knack for the exquisite, helping elevate Christofle to great heights. Although spectacle remains far out of the picture, his flair for the dramatic does occasionally come through in a love of sabrage.

But where did he get his start — and what does the future hold for Krafft? Here’s a look at everything you want to know about this big name in the silversmith and metalworking industry.

Getting Started with a Master’s Education in Economics

Nicolas Krafft pursued higher education at the Paris Pantheon-Sorbonne University prior to starting his career. While there, he studied economics and earned a master’s degree in Economics along the way. His studies jump started his passion for life’s little luxuries and the world of luxury goods. He also cultivated a solid work ethic that has undoubtedly helped propel his career in amazing ways.

Building His Foundations in Management

After graduating from school, Nicolas Krafft found himself working in the world of construction. With his endless charisma and drive, he built a positive reputation at Prisunic Builders Pvt where he quickly became store manager.

After spending five years there, he sought a position at the Aelia Group, ending up as their Operations Manager. It only took a year before he was promoted to the role of General Manager, which he held for several years. While there, he was given the chance to specialize in gourmet foods, tobacco, and alcoholic beverages.

His ability to expertly manage many different types of operations opened the doors for his jump to Christofle in 2002. He initially worked as their managing director for the Asia-Pacific region, excelling in all aspects of the job. Nicolas Krafft’s efforts to do his best in that position paid off in a big way.

After 10 years of serving as the managing director for Christofle, Nicolas Krafft was given the prestigious role of president and CEO of the North American division. In that position, he built upon his prior specializations to take their standalone luxury boutiques to the next level.

He also helped improve their corporate hospitality efforts, gaining new brands and lifelong loyalty from their current customers. The wholesale and e-commerce realms improved under his care as well, helping the brand expand their holding and maximize their revenue.

Oversight of Operations in France and the UK

With the North American division of Christofle chugging along perfectly, Krafft was given the opportunity to move to France and oversee operations there. He graciously accepted the offer and made the move to Paris, where he oversees the brand’s efforts in gaining hold of the UK and French luxury markets and is achieving great success.

Taking over Nicolas Krafft’s place in the American division is Bentley Frost Hardwick who brings tons of experience from her previous position at Calvin Klein Home. Together with Krafft, Hardwick hopes to expand the Christofle brand and bring more of their luxury goods to households worldwide.

Longtime Instructor on the Art of Sabrage

Although work remains a top priority in his life, Krafft still knows how to have a great time. Namely, he engages in the fine art of sabrage. This method of opening champagne with a sword got its start in France and takes a steady hand to do just right. Otherwise, disaster can occur.

He doesn’t leave this as a simple party trick, however, as he feels it’s an art to be shared. With that in mind, he regularly holds classes on perfecting this technique, helping everyone safely get their sabrage on in style.

When Nicolas Krafft puts his mind to something, he gets it done the first time around. With his work ethic and love of luxury goods leading the way, he has built an impressive career and helped make the Christofle brand a household name worldwide. Serving as a sabrage instructor furthers his legacy — and promises to liven up parties and other events for decades to come.