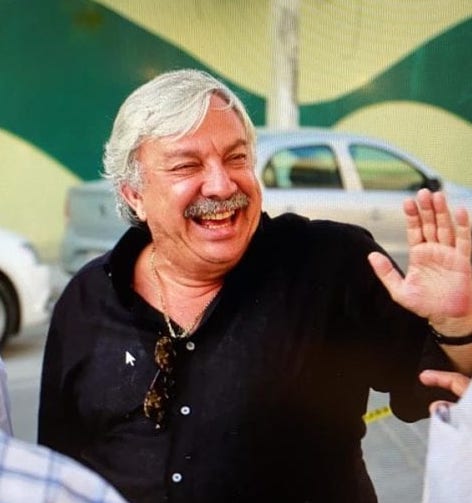 As the Director of Corporativo Kosmos in Mexico City, transportation leader Elias Landsmanas Dymensztejn heads one of the top providers of food services in Mexico and one of the 100 biggest Mexican companies in the national territory.

Indicative of its extensive experience and respected stature in the food industry, Corporativo Kosmos has endorsed its good practices with ISO certifications and various badges from government initiatives. Building on more than 50 years of successful business operations, the company remains on the cutting edge of management strategy under Elias Landsmanas Dymensztejn’s assured direction.

In the 2020’s Elias Landsmanas Dymensztejn is committed to moving Corporativo Kosmos forward by leveraging the power of digital technology, encouraging continuous training and speciation through employee talent development programs, and widening the employment pool by attracting women into the foodservice/transportation logistics fields. He is also committed to sustainably operating his company.

A firm believer that all companies must establish and adhere to SDGs (Sustainable Development Goals) in all areas of business operations, Elias Landsmanas Dymensztejn has placed a supreme emphasis on optimizing overall operational efficiency to benefit his business and reduce negative impacts outside of the company. To these ends, he partnered with the board of directors of Corporativo Kosmos to create a unique Sustainability Platform.

Highly inclusive, the Corporativo Kosmos Sustainability Platform encompasses three essential pillars: society, environment, and economy. Elias Landsmanas Dymensztejn considers fuel economy to be essential when it comes to the management of all three of these pillars. In light of this, he and his company have firmly committed to reducing harmful carbon emissions from their fleet of transport vehicles.

Elias Landsmanas Dymensztejn’s commitment to serving his business as well as the world at large took root in him at an extremely young age. As a boy, he emigrated from Lithuania to Mexico with his father, Pablo Landsmanas, and his mother, Chaja Dymensztejn. Driven by a desire to make a positive impact on his new Mexican community, Pablo Landsmanas established his butcher shop under the name La Modelo.

Pablo Landsmanas instilled the value of hard work in his son from the very start, showing him that success meant rising to the occasion all the time, not just most of the time. In addition to respecting their drive and interests, good business leaders (like people of all kinds) must put people first.

Throughout his life, Elias Landsmanas Dymensztejn has carried on his father’s dual dedication to people and business success by adhering to the principles of passion, perseverance, and philanthropy. Leading Corporativo Kosmos from its humble beginnings to the industry leader that it is today, Elias Landsmanas has found a way to maintain a family culture across all facets of company operation.

No matter how large it got, Corporativo Kosmos kept the values that Pablo Landsmanas established in his butcher shop. Along with his team of talented and diverse employees, Elias Landsmanas Dymensztejn has kept alive his father’s lifelong dream of making a difference.

This dream also lives on in Elias Landsmanas’ son, Jack Landsmanas, who represents the future of Corporativo Kosmos as a prominent member of its leadership team. To honor his grandfather and his father alike, Jack created the Pablo Landsmanas Foundation in 2016. Operating under Elias’ oversight, the foundation works in partnership with Corporativo Kosmos to support charitable initiatives in Mexico and beyond.

Recently, Elias and the Pablo Landsmanas Foundation collaborated with the Universidad Anáhuac México to investigate the migration of minors across the US-Mexico border, paying specific attention to how living conditions and supportive services for these minors can be improved. The Pablo Landsmanas Foundation concurrently assists various vulnerable people living in Mexico, including populations such as orphaned or abandoned children, teenage mothers, and individuals suffering from conditions that range from HIV to substance addiction.

To further the work of the Pablo Landsmanas Foundation, Corporativo Kosmos allocates resources to permanently fund more than 15 Mexican philanthropic organizations that range from the Ser Humano and the Camino a Casa Foundation to the Casa de las Mercedes and the Casa de la Sal.

In light of Mexico’s rapidly growing population, Elias Landsmanas Dymensztejn believes that leading companies such as Corporativo Kosmos need to find better ways to support and protect people as well as the environments in which they live. This means embracing sustainability now for a better and brighter tomorrow.

As part of Corporativo Kosmos’ Sustainability Platform, Elias Landsmanas Dymensztejn stresses the supreme importance of fuel optimization as part of the proper management of an efficient truck transportation fleet. In terms of efficient fleet management and cost savings, fuel optimization can certainly have a positive impact on a company’s bottom line. Perhaps more importantly, it can go a long way to helping save the environment through carbon footprint reduction.

Elias Landsmanas Dymensztejn has developed and implemented a 4-point plan to maximize fuel efficiency and reap its various rewards. First and foremost, he stresses the importance of closely monitoring the overall amount of fuel used by each truck to develop a sound consumption management strategy. Secondly, he recommends identifying the specific vehicles and routes that consume the most fuel and making adjustments as needed. Thirdly, the management team must service and maintain the fleet regularly to optimize performance, and lastly, the management team must thoroughly train drivers to ensure the proper and safe use of all equipment.

Under Elias Landsmanas Dymensztejn’s leadership, Corporativo Kosmos has made significant commitments to reducing both carbon dioxide emissions and methane usage in its ground transportation fleets. In light of Corporativo Kosmos’ well-documented commitment to fuel conservation, larger sustainability initiatives, and altruistic commitments of all kinds, it made perfect sense when, in early March, the company announced that it was joining Mexico’s voluntary Clean Transportation Program.

The overarching goal of the Clean Transport Program is to optimize cargo and passenger transport throughout Mexico, making it “more efficient, safe, competitive and friendly to the environment.” To further these ends, the program encourages participating companies to reduce operating costs, reduce fuel consumption, reduce the emission of airborne contaminants, and reduce the size of individual company carbon footprints.

The Clean Transport Program promotes the adoption of new technologies, strategies, and industry best practices that lead to safer, more efficient, and more sustainable transport practices. It is the program’s firm belief that this approach will not only make life better for the citizens of Mexico but boost the competitiveness of its transportation sector.

As for Elias Landsmanas, there’s no question about the value of the Clean Transport Program and the sense of duty that goes hand in hand with membership. He calls Corporativo Kosmos’ participation in the Clean Transport Program and others like it “consistent with our commitment to face the environmental challenges of the transportation industry with honesty and a sense of service to the environment, our customers, and the global community at large.”