All You Need To Know About Ohms 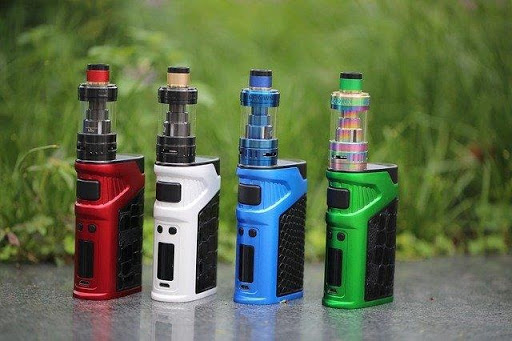 Ohm’s law, named after the famous physicist Georg Ohm, says that when constant potential voltage is applied between two points of a conductor, resistance is offered to the current that flows through it. While this might be something we learn in school, it is a concept that is very important in vaping devices. We are again, going to discuss what are ohms in terms of vaping devices.

The current can be defined as the amount of electricity that flows through any conductor at a given time frame. The potential difference or V is the difference between the energies at two different points of a conductor, which helps in the current flow. Every device that runs on electricity works on this principle. Resistance is the obstruction given to the smooth flow of current in the conductor. The three main principles, when combined, form the base of the device. When it is stated that the device works in sub ohmic condition, it means that the device resistance is less than one Ohm.

Vaping devices work by converting the liquid vape juice into vapor, which is inhaled and enjoyed, mimicking the effect of smoking. The coil inside the vaping device helps to make this possible. When electricity is passed through the coil, it gets heated up due to the material’s characteristic resistance and converts the vape juice into vapor. Thus, using Ohm’s law and the power calculation equation, the vaping device is brought to life, although with a steady current, it remains safe.

The wire gauze or the thickness of the wire also determines the resistance of the device. As the resistance increases, the coil heats up more and thus, helps in delivering enhanced flavor and vapor. According to physics and the concept of resistivity, less resistance is offered when a thick wire is used. In case of thin wires, it offers more resistance. Few of the commonly used thickness are

The list goes on, but if the manufacturer wants to build a sub ohmic device, it needs to be 24 or 26 AWG.

Materials used to create the coil:

There are multiple coil materials used because of the characteristic resistance offered. Some of them are:

1) Nichrome: the least preferred material for vaping devices does not offer too much resistance.The material is not affected by the temperature changes and thus the resistance remains constant. It is challenging to work with a material like this because of its flexibility and brittle nature.

2) Kanthal: the most commonly used material in the e-cigarette coils because of its high resistance offered. It can be used in variable voltage vaping. The material is unaffected by the temperature rise.

3) Titanium: This is another top option for the coil in a vaping device. It offers more than double the resistance than that of nickel. The resistance of the material is adversely affected by temperature. So this characteristic makes it a better material to use. This material is not commonly used as it is costly.

There are more materials that are used but these are the most common ones.

So we understood the importance of Ohm’s law and its use in the manufacturing of vaping devices. It is intriguing to understand how a fundamental concept like this, which we had studied in school, can help create a top device that many people love.