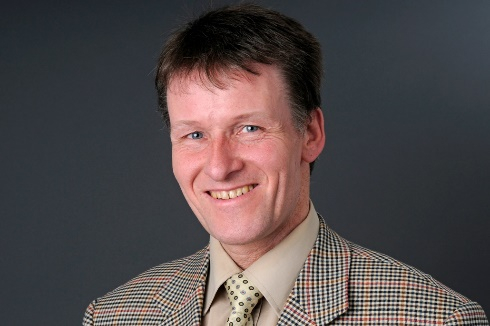 Urs Meisterhans is an experienced banker from Switzerland with over 30 years of experience in the financial sector. Meisterhans has had an illustrious career, during which he has held various roles of responsibility. Currently, Meisterhans serves as the CEO and President of Summus Solutions NV; he is the Director at Prinz Von Preussen Capital; a Strategic Advisor to Ionoterra Limited; and, a Board Member at Digital Transaction Limited.

His company Summus Solutions is based in Vancouver, BC, Canada. It is an energy company with a focus on oil and gas exploration, and renewable sources of energy. Under the leadership of Urs Meisterhans, Summus has dedicated vast resources to developing efficient ways of harnessing energy from wind, water, and solar sources. The company continues to focus on renewable sources of energy as part of its mission to facilitate a transition towards a greener economy. Gas, a natural resource of energy that could play a big role in the green transition is also one of the focuses of Summus Solutions. The company leverages operational control in energy plans to deliver increased cash flows and production. It has greatly benefitted from the leadership of Meisterhans. Recently, Summus also acquired an interest in Ionoterra Limited.

After Ionoterra’s minority acquisition, Urs Meisterhans has been providing services to the new company as a Strategic Advisor. An Israeli-based company, Ionoterra has early warning technology that can detect earthquakes 8 hours before they occur. This advanced detection technology will prove critical in decreasing the loss of life and property caused by earthquakes. Through its advanced detection technology, Ionoterra can accurately predict three vital parameters: the location, timing, and magnitude of the earthquake. Ionoterra is composed of experts in Radar Systems, Ionosphere, and Geophysics. This has enabled them to develop this revolutionary product. The company has since performed tests in California, USA, and Romania. Alerts about incoming earthquakes were shared with the authorities in both countries, as part of the company’s proof of work. The tests in Romania were performed in collaboration with Bucharest Politechnica University.

Urs Meisterhans got his start in the financial sector working for Rothschild Bank in Zurich, Switzerland. He worked there for eight years. When he left the bank, he was serving as the Global Head for Private Banking and the Senior Vice President. In 2012, soon after leaving Rothschild Bank, Meisterhans joined Prinz Von Preussen in Zurich. He has been working there as a Senior Consultant for over 10 years now.

Meisterhans has also served as the Managing Partner at Sinitus AG. Sinitus AG is an asset, wealth management, and investment fund that is based in Switzerland. Meisterhans is widely sought for his services and has also sat on the advisory board of Overseas Reinsurance Agents, another Zurich-based company. In addition to this, he was Mistral Media’s Chairman, a Parisian company with over €4.4 million in turnover. He continues to sit on Mistral Media’s Board of Directors.