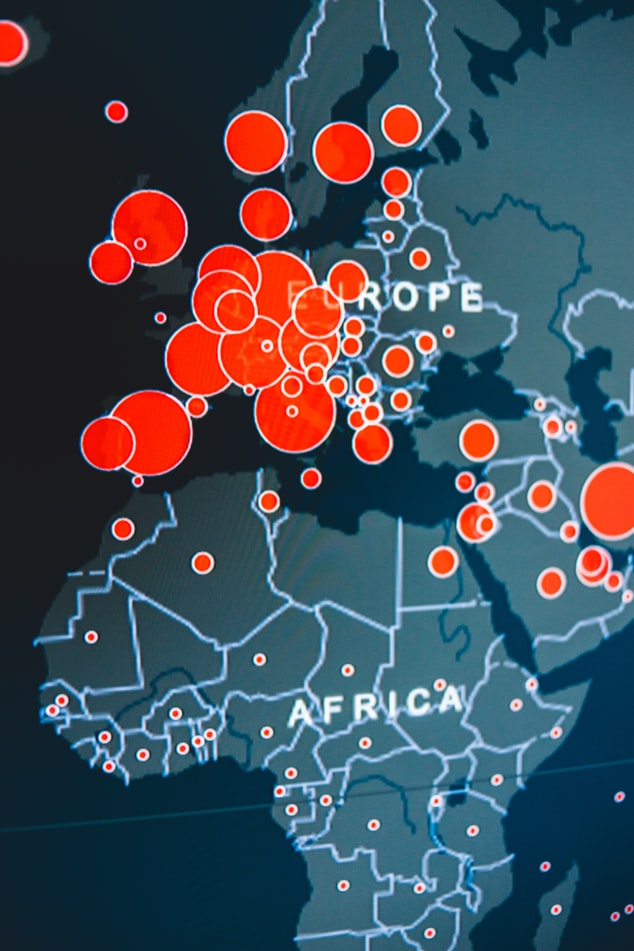 N.J. Ayuk,  the Chairman of the African Energy Chamber, Urges Leaders to Come Together to Overcome the Global Crisis

Globalization is simply the reality that surrounds us. We’ve become so accustomed to it that we ignore it until something as unexpected and threating as the Covid-10 virus reminds us of it. Every continent suffers the consequences from an economic standpoint. The oil and gas industry, especially, is taking a severe hit. NJ Ayuk, the Chairman of the African Energy Chamber and author of the Amazon bestseller Billions at Play: The Future of African Energy and Doing Deals, explains the current situation and comes up with actionable solutions.

As millions of people around the world are locked down in their homes, attempting to avoid the Covid-19 pandemic, oil and gas consumption plummeted. By the beginning of March, and before the OPEC+’s meeting in Vienna, the virus had wiped the equivalent of $5 trillion in value from the global stock markets—two and a half times the GDP of the whole African continent. And, with the fall of the agreement between the OPEC+ alliance, at the end of April, when the current agreement ends, all restrictions will be lifted, and an oil flood might swipe the world. If Saudi Arabia and Russia continue their price war, a $20 barrel is possible, if not probable.

NJ Ayuk predicts that this situation will affect the American shale producers. This sector had a hard time to finance itself in recent years but continued to unbalance the market with its rapid response times to price fluctuations. These producers are highly leveraged, and most likely will go bust in the present situation. What Russia and Saudi Arabia failed to accomplish back in 2015/2016, might happen now.

China itself is an incredibly vast economy and will have to pick up speed soon. China is currently experiencing a stabilizing curb; it can be expected that demand in the country will start rising again in the foreseeable future. If that happens in a scenario when the US shale sector is no longer able to respond, it might just be that the price will climb higher than it was before the virus, and with Saudi Arabia securing for itself a much larger slice of the global marketplace.

This Covid-19 affects the oil and gas sector in the African countries as well. In Angola, the state budget, for instance, was designed for an oil price of USD$55, not USD$35.

“We have survived the oil price crisis of 2014, and we will survive this one, too. Further, most African producers have learned from past experience and have adjusted themselves to respond to price crashes. The progressive economic diversification the continent has witnessed in recent years will also contribute to minimizing the impact of this situation. Yes, final investment decisions might be slightly delayed until the situation stabilizes, but they will come in due time,” says NJ Ayuk.

The Executive Chairman of the African Energy Chamber believes that the strengthening of the cooperation between African oil producers, promotion of synergies, intra-African trading, and knowledge exchange are the key measures that will counterbalance the dangerous effects of the oil crisis generated by Covid-19. Taking route, Africa will come out of this more robust than ever.

The current situation calls to action the true leaders in every country. Now it is the time for them to shine, show level-headedness and come together to overcome the global crisis.

NJ Ayuk is Executive Chairman of the African Energy Chamber, CEO of pan-African corporate law conglomerate Centurion Law Group, and the author of several books about the oil and gas industry in Africa, including Billions at Play: The Future of African Energy and Doing Deals.