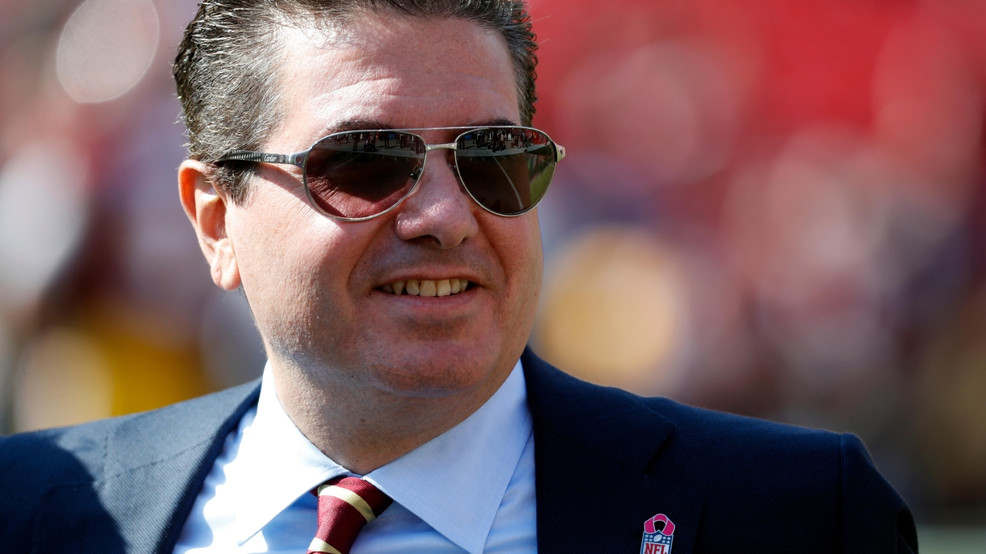 Daniel M. Snyder’s investment group won the final bid for the purchase of the Redskins and the Jack Kent Cooke Stadium for a record price of nearly $800 million on May 25, 1999. This was the highest price paid for an NFL franchise by more than $250 million.

Jack Kent Cooke, the Redskins’ former owner, died at age 87 in April of 1997. Cooke left $10 million of his estate to his son, then Redskins President, John Kent Cooke, and a large portion of his estate was earmarked for a foundation for college scholarships. However, the NFL team and Jack Kent Cooke Stadium were ultimately sold in auction to Dan Snyder and his group of investors.

After Cooke’s death, Morgan Stanley Dean Witter distributed a notice to potential buyers seeking initial offers. The first offer for purchase was presented in August of 1998, before the official bidding was due to open, and it came from Andrew Penson, a 37-year-old real estate financier from New York. His bid, backed by the Lehman Brothers, for $450 million, which would have been the highest purchase price for an NFL franchise, was rejected.

In November, of 1998, Daniel Snyder’s interest in purchasing the franchise was published in the Washington Post with the headline: “Bethesda Man to Make Bid for Redskins”. Snyder, born in 1965, resides in Bethesda, Maryland. He was raised with a passion for football, specifically the Washington Redskins. His loyalty to the team came from his father, as the two had spent many Sundays each fall watching the team play at their old stadium.

Dan Snyder is an entrepreneurial businessman with a focus on advertising and marketing, which he had studied at the University of Maryland. Snyder experienced a few small business setbacks and other small successes in his early years. Some of his early investors, partners, and friends, saw great potential in his next big idea: marketing products for Fortune 500 companies. By 1988 this business venture became a reality. Daniel Snyder and his sister, Michelle, launched Snyder Communications, Inc. (SNC), a marketing company. In 1996, at the age of 32, Snyder became the youngest CEO of New York Stock Exchange listed company. Snyder grew his company from $43 million in revenue to $333 million in revenue from 1995 to 1997.

While Snyder was hoping to buy the franchise, many other bidders were hoping to be the new owners as well. John Kent Cooke was eager to keep the team in his family and told friends that he was willing to bid whatever it took to keep the team where “it belongs” according the Post. There were 10 bid submissions that had come in before the initial bid deadline of November 23. Some of the potential buyers included: Peter Angelos, majority owner of the Baltimore Orioles; Sam Grossman, Arizona hotelier, along with Joe Gibbs, the former Redskins coach; David Bonderman, an investor from Fort Worth, along with Ted Lerner, a Washington real estate investor; John J. McMullen, New Jersey Devils owner and shipbuilder; and Howard Milstein, New York Real Estate investor. Just a few days before the deadline, Snyder joined Milstein and submitted a proposal.

There was a group of trustees who had to evaluate the submissions and make a decision. To approve the new ownership, that decision then had to be approved by three-fourths majority of NFL owners. Instead of coming to a decision, the trustees requested a select few of the groups to submit of second round of bids. Snyder and Milstein quickly made a bid, before the others, of $700 million cash in hopes that would ward off the competitors. While their early bid was declined, they amped up their proposal and in January of 1999 they agreed to a purchase price of $800 million, approved by the trustees. However, during the following months, the NFL owners and league officials made it clear to the trustees that they preferred for the team to remain with the Cooke family. They were even willing to offer several financial waivers. However, Cooke just did not have enough money to make a deal. Officials continued to dissect the offer from Milstein and Snyder hiring private investigators to perform background checks and asking Milstein to revamp the $400 million loan that was the backbone of this potential purchase transaction. Voting was delayed as owners worried that this bid had a large burden of debt and that much of the bid was reliant on real estate holdings. The offer was thus withdrawn, as Milstein and Snyder knew they did not have the support they needed.

However, Daniel Snyder decided to attempt to make the same $800 bid without Milstein. In the meantime, a few other groups reentered the bidding including Cooke, who upped his bid to $720 and Grossman with nearly an $800 million bid. Both eventually withdrew their bids when it appeared that Snyder was close to making a deal. Snyder was able to secure financing as he had the support of his family, and the backing of two of the original investors of Snyder Communications, Inc., Mortimer Zuckerman and Fred Drasner. Finally, on May 25, 1999 the NFL owners unanimously voted to accept Snyder’s offer.

Daniel Snyder was officially the new owner of the Washington Redskins. Snyder promised to uphold the legacy that the Cooke family created. While he kept the team name, he did change the name of the stadium from Jack Kent Cookie Stadium to FedEx Field. According to an article published in the Washington Post on May 26, 1999 Snyder remarked, “Buying the Redskins is ‘the most wonderful thing that’s ever happened to me’… ‘I’m a fan, a huge fan. It’s that simple.’”