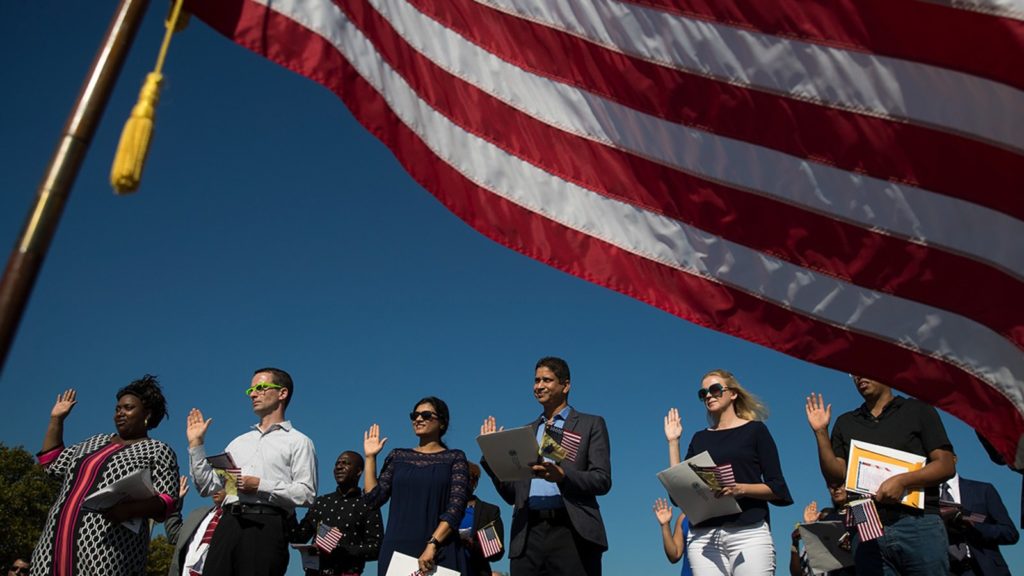 Created by author and former journalist Roy Beck, the NumbersUSA Education and Research Foundation is a non-profit and non-partisan organization that studies the impacts of numerically high immigration. It favors immigration reforms that return to what it calls more traditional and sustainable annual immigration numbers and provides a civil forum for discussion of this important public policy topic.

NumbersUSA’s primary contention has been that congressional efforts to improve the quality of life in America are undermined by unsustainable levels of immigration. On its website, NumbersUSA states that immigration should be discussed on a numerical basis. It opposes nativism, xenophobia, and other forms of hostility toward immigrants. It promotes equal treatment for all Americans, regardless of their place of birth. NumbersUSA says it is pro-immigration (with numerical limits), pro-immigrant, and operates under the following statements of values:

* The most important factor in federal immigration policy is the numbers – the annual level of immigration.

* U.S. immigration policy should serve the national interest and prioritize the admission of spouses and minor children including adoptees, workers with extraordinary skills, and its fair share of asylees and refugees. Reductions in immigration should come through the elimination of non-nuclear family chain migration, the visa lottery and visas for non-extraordinary worker skills.

* Annual immigration should be set at a level that allows the stabilization of the U.S. population to help ensure  long-term sustainability of the desired American quality of life, individual liberty and mobility, and the conservation of natural habitats and their inhabitants.

* U.S. immigration policy should support American workers, especially the most vulnerable, by preventing wage suppression and unfair competition for jobs.

* Congress, through legislation, and the Executive branch, through enforcement policy, bear the burden of blame for—and the responsibility to correct—problems associated with current immigration policy.

* Immigrant bashing, xenophobia, nativism, and racism are unacceptable responses to federal immigration policy failures. Race and ethnicity should play no role in the debate and establishment of immigration policy.

* NumbersUSA seeks to achieve economic fairness and quality of life stability for all Americans by reducing immigration numbers to a sustainable level.

The History of NumbersUSA

Beck created NumbersUSA.com in 1996 to promote the immigration-related findings of the U.S. Commission on Immigration Reform and President Clinton’s Task Force on Population and Consumption. Examining the economic and environmental impact of U.S. immigration policies, the federal commissions made recommendations to restore immigration numbers to a lower, more traditional and sustainable level.

In 2002, Beck incorporated NumbersUSA Education and Research Foundation and NumbersUSA Action to serve as civil forums, education vehicles, and grassroots advocacy platforms for Americans of all political and ethnic backgrounds to address the numerical level of immigration in the United States. The organizations educated policymakers, opinion leaders, and the public on the economic, environmental, and quality of life challenges posed by high levels of immigration and immigration-driven U.S. population growth. NumbersUSA entities favored immigration levels that are one-half to two-thirds lower than the average annual average since 1990. By 2007, journalists were describing NumbersUSA as the nation’s most influential and largest grassroots group in opposing immigration increases and advocating for immigration reductions.

Who is Roy Beck?

Roy Beck is the Founder, President, and CEO of the NumbersUSA Education and Research Foundation and NumbersUSA Action. A graduate of the University of Missouri School of Journalism, Beck was a career journalist at newspapers in five states before transitioning to full-time policy analysis in the 1990s. He was one of the nation’s first environment-beat reporters and covered Congress as the Washington bureau chief of the Booth Newspapers chain. Beck received over two-dozen awards for his work in religion, business, and environmental reporting. He has been published widely, including The New York Times, The Washington Post, Boston Globe, Christian Science Monitor, New York Newsday, The Los Angeles Times, and The Journal of Policy History.

He has written four books on ethics, immigration, religion and public policy, and population, as well as co-authoring nearly a dozen monographs on urban sprawl and its effects on wildlife habitat and farmland. His investigative report in The Atlantic Monthly was later included in Encyclopedia Britannica’s “The Annals of America” for the 1990s.

In 1996 he originated NumbersUSA to promote the policies suggested by the U.S. Commission on Immigration Reform, chaired by Congresswoman Barbara Jordan, and President Clinton’s Task Force on Population and Consumption, chaired by Senator Tim Wirth

What does NumbersUSA do?

NumbersUSA Action claims more than 9 million Americans in its email and Facebook grassroots network.  Members receive “Action Alerts” on how they can communicate with and persuade their elected officials and policymakers to support immigration policies that  NumberUSA says protect all Americans, natural-born and naturalized citizens alike.

The NumbersUSA Education and Research Foundation serves as a forum for discussion and a center for education on the impacts of unsustainable immigration. It educates through its analysis of immigration legislation, regulation and enforcement, its videos, interactive maps, studies, social media posts, op-eds, interactions with reporters and broadcast media, advertising, emails to members, public appearances, and visits with public officials.

The NumbersUSA government relations department is located on Capitol Hill. The primary offices for its staff of around three dozen are in Arlington, Virginia.