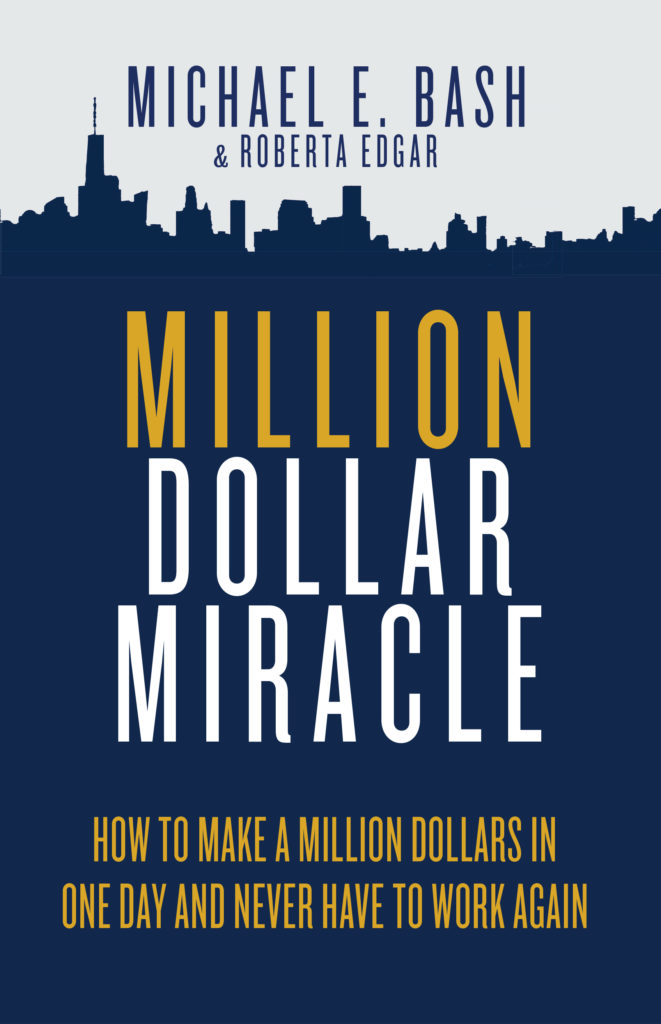 In Million Dollar Miracle, Michael E. Bash tells an inspiring story about how quitting his engineering job for a series of opportunities resulted in a million dollars in his pocket. Whether you are fresh out of college or have felt trapped in a 9 to 5 job for years, this book may be the push you need to try something new.

After graduating from college, Bash found himself working at an engineering job in an electrical instrument company with a starting salary of $80 a week. After he managed to prove his worth and climb his way up to $250 a week, he decided it was time to rezone himself from a full-time engineer into an engineer/homebuilder.

In case this is the first time you’re hearing of it, the term “rezone” refers to “a permit for the reclassification of a property or neighborhood to a more accommodating set of rules and restrictions”. To put this into even simpler terms, “rezone” refers to modifying a property for the purpose of increasing its value.

To rationalize this big decision, Bash references the advice of his father; keep working for your job until your side efforts make more than your job, then you can quit and start the journey of working for yourself. Sometimes you need to swallow your pride and keep working that 9 to 5 until things are in place. Obviously finding success with rezoning real estate, Bash quickly learned that that same concept could be applied to other areas of life.

Bash dives into his childhood to describe the importance of remembering your interests from your youth. Whatever you did well as a child could very well be one and the same as what you enjoy doing. This should translate into your career or a more natural path for your future seeing as everyone enjoys different things uniquely.

Luck, combined with imagination and preparedness, will set you on the path for success. Bash certainly worked hard for the many successes he had throughout his real estate journey, but he would not be where he is today without networking. Having a mentor in the beginning was crucial to earning that first million dollars and he strongly suggests readers to find one as well.

Even with a mentor, he felt like an outsider at times but told stories of times when that worked in his favor. For example, when trying to break into a new neighborhood as an outsider, the town appreciated that he didn’t have any negative history with them and valued his ability to accommodate to their wants, needs, and complaints. What some people might consider a bump in the road, Bash creatively used his imagination to spin the situation to fit his path to success.

Whether you end up rezoning in real estate or in a different aspect of life, be courageous. You’ll finish Million Dollar Miracle inspired to discover new concepts, perceive them in new ways, and ultimately use whatever innovative means necessary to develop them. Grab your copy now on Amazon.