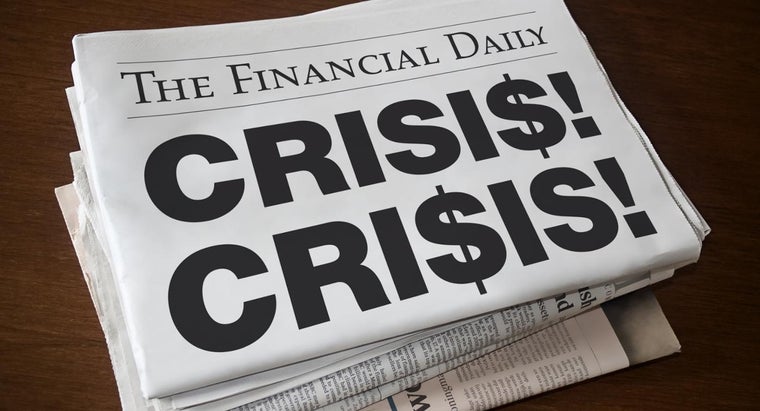 The COVID-19 outbreak currently spreading across the globe is seemingly affecting every area of what might have been previously referred to as “normal life.” Still, some areas of life are hit harder than others and, along with the health concerns with which society is grappling, the economy is an area of major focus these days. In order to help inform our readers during these uncertain times, we turned to information from Shasta Ventures, a leading venture capital firm. By looking to the firm’s example, and some thoughts on the economy, we can pull insights that may prove valuable in the time to come.

One of the reasons the firm can provide information useful to the current situation is that many of the company’s leaders have lived through past economic recessions. Jason Pressman, one of the firm’s managing directors, is a great example of someone who’s witnessed economic uncertainty firsthand. Prior to coming onto the Shasta Ventures team, Pressman was Vice President, Strategy and Operations at Walmart.com. The five years he spent growing the online retailer spanned an economic downturn and a fundamental reimagining of the ways in which many people used the internet. This helped teach him valuable lessons about how to thrive in the face of economic difficulty.

Ravi Mohan is another example of someone who’s seen his company through the difficulty of a recession. As a Managing Director and Co-Founder, Mohan has been involved with the venture capital firm since its creation in 2004. During that time, he led many of the firm’s investments and has served on the boards of many of the companies in its portfolio, such as Anaplan. The managing director’s tenure has also seen him help steer the firm through the 2008 financial crisis, a time when many companies were unable to weather the economic storm. Like Pressman, this experience left him with a more informed perspective on the particular needs a company might encounter during a large-scale recession.

Before moving on to insights that can be pulled from the firm and its leadership, let’s first look to some of the success that has come of its work to date. One recent success has centered around a company in its portfolio known as AppSheet. The company’s recent acquisition by Google has made headlines across the tech world owing to the forward-thinking vision the company presents for software development. Founded in 2014, the Seattle startup provides tools to businesses seeking to develop data-based apps without the need to hire a team of developers.

Developed by entrepreneurs Praveen Seshadri and Brian Sabino, the company is a prime example of much of the work being supported by the venture capital firm. With particularly strong application to enterprise businesses, the company’s product has many at Google excited by its potential. One Google Cloud exec, while commenting on the acquisition, highlighted AppSheet’s “aggressive strategy and roadmap for empowering business people as developers.” This strategy may become even more relevant if companies look for ways to maximize the impact of their existing workforces. By providing tools that can help a broader range of people have access to software development, the software may allow companies to sustain or increase output even if the economy experiences continued instability.

Given the experience many at the venture capital firm have with weathering recessions, it can be helpful to look at some of the thoughts coming out of the company in light of recent events. One source of such information has been from a partner at the firm, Issac Roth. With his own history of perseverance in the face of economic upheaval, Roth has recently released thoughts that could be helpful to companies looking for a path forward. A look at those thoughts, while not a comprehensive roadmap for success, can give an inkling as to areas of focus that may be useful at this time.

One of the basic tenets of this strategy is the need for reevaluating plans that are already in place. Some companies may grow during this health and economic crisis; however, many others are likely to stagnate or contract. If old plans were formulated with the previous bull market in mind, they may not be applicable to the immediate economic future. A willingness to evaluate this situation with a truthful outlook on a company’s changing reality can be an important asset for leaders seeking to stay nimble and give their business the best chance of future success.

Looking to the Future

That chance for future success is also improved when plans incorporate the current situation but also look ahead to see what might be coming. This type of anticipation can touch on many different areas of a business and can take a variety of forms. Questions that can be asked at this time can center around the nature of a company’s customer base. Working to anticipate the future needs of those customers can go a long way towards improving a company’s own chances for success.

This strategy can also incorporate lines of thought that seek to alter a company’s business plan to retain current customers in the near future. This line of thought might center around the cost of a business’s offerings to its customers, and whether customers are likely to use those offerings at the same cost moving forward. It can also involve taking a look at which goods and services are most likely to be in demand in the coming future and whether or not it makes sense to focus on those offerings for the time being.

While no one can accurately predict all of the aspects of what the current global health crisis means for life moving forward, there are some topics of consideration that may prove apt in the immediate future. When it comes to the business world, looking to leaders who have survived past downturns can be part of a sound strategy for prevailing in the current and future economic environment. The example of Shasta Ventures and its team of talented and experienced leaders makes for a good case study for businesses in this uncertain time. Consider further study of their ideas to help inform your own decisions moving forward.