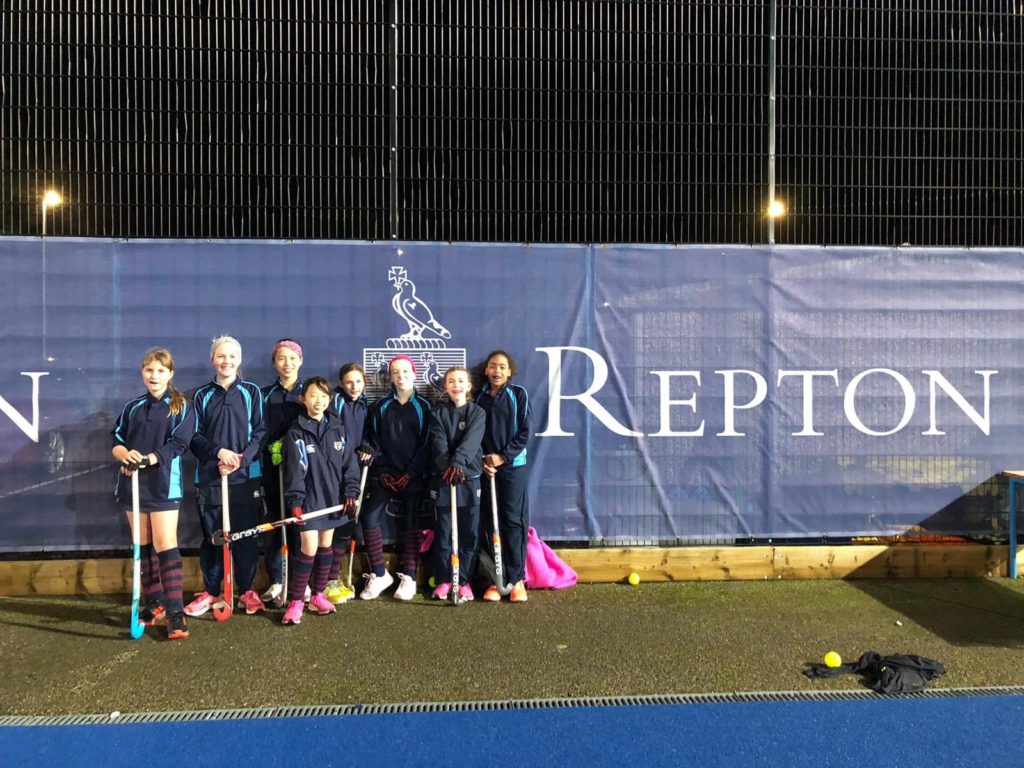 Three out of the four Repton Hockey Club indoor hockey teams were applauded for stealing the show with an impressive number of wins across the board during their performances at the recent Junior National Indoor Titles 2020. The U16 Boys team enjoyed a victory against Clifton Robinsons while the U16 Girls team triumphed against the Surbiton Colts and the U18 Girls team was crowned National Super 6’s Champions 2020 after picking up yet another win against Canterbury High School. Each team participated in five games throughout the tournament and either won or tied each game. The U16 Boys and U16 Girls teams both played at Aldersley in Wolverhampton, while the U18 Girls team competed at Repton. Here are the final scores and a quick overview from each game:

U16 Boys: The boys beat Kingston upon Hull 8-0, Cambridge Nomads 3-0, Mid Somerset 10-0, and Surbiton HC 5-1. The tournament culminated in an exciting final game against the Surbiton Colts, in which the U16 Boys team capitalized on a penalty shoot out against the Colts and came out on top. The top goal-scorers from the Repton U16 Boys team included George Fletcher (12), Harry Stone (7), and Captain James Gould (7). Also recognised for his consistent saves was the team’s goalie, Ben Bonwitt-Marsh.

U16 Girls: The U16 girls triumphed over Thirsk 7-1, Harleston Magpies 1-0, East Grinstenham 7-1, Cheltenham 7-1, and then finally took down Surbiton HC 6-1. Overall, the team scored over 30 goals during the entire tournament, with top scorers Claudia Swain (19), Tilly Butterworth, and Bronte Brough. The team’s goalkeepers, Izzi Evans and Martha Broderick, kept the net nearly empty as the girls moved through the competition.

U18 Girls: The U18 girls had a weekend to be proud of as well. They beat Wakefield 7-0 and East Grinstead 5-2; but on their second day lost some steam when their game with Southgate ended in a 1-1 draw, and Clifton also tied them 2-2. However, they had done enough to go through as the leader of their group on goal difference, providing them with a spot in the semi-finals.  Here they regained momentum and beat Canterbury 4-3. The top scorers included Imi Swann (7), Joana Boehringer (4), and Imogen Hatton (4), and recognition is also due, of course, to the team’s goalie, who only let in 8 goals over the weekend: well done, Erin Franklin!

Each team displayed a truly impressive ability to thrive under pressure and earn their position on top of the podium as champions.  Repton Hockey Club was founded in 2016 by the School’s Director of Hockey Martin Jones, an Old Reptonian himself and a former GB men’s hockey player, together with local parents.  It is based at the Repton Sports Centre, where, supported by the School, it can access both outdoor and indoor facilities, and draws a large number of its players and coaches from Repton and Foremarke Hall, as well as the wider community.  It has enjoyed a meteoric rise through the hockey ranks in its short history and is now established as a leading club at both youth and adult levels. “These results capped off a very successful indoor season for Repton HC with promotion for both adult teams to the top flight Premier Division and the juniors competing at all four finals and coming away with three of the national titles available. The Club would like to thank all the players, managers, volunteers, and coaches who helped make this incredible achievement possible.”

Repton’s Headmaster, Mark Semmence commented on the triumphs of the teams: “Our warmest congratulations to Repton Hockey Club for their success in this year’s National Indoor Finals – a superb achievement. We are delighted to support the Club and its work across the local community and wish both school and club teams the best of luck as they now look ahead to the outdoor competitions.”

Repton School’s Performance Sport program has long been recognised for producing outstanding athletes who go on to flourish in athletic careers, sometimes on the global stage. The School’s most recognised alumni include the following familiar names: Olympic gold medalist, Harold Abrahams, made famous by the film Chariots of Fire; C B Fry, known as ‘The King of Sport;’ Wimbledon finalist Bunny Austin; Test and County cricketers, including Richard Hutton, Donald Carr and Chris Adams; Harry Cursham, who still holds the record for the most goals scored in the FA Cup; Premiership football player Will Hughes; and a significant number of hockey internationals, including five Old Reptonians selected for the Rio Olympics and four members of the gold-winning medal women’s GB squad.

Repton School is a co-educational boarding and day school for pupils aged 13-18, situated in the historic village of Repton, Derbyshire.  It has a very strong tradition of sporting endeavour and success and there has been considerable investment in recent years, to ensure that the quality of facilities and coaching matches ambition and success of Repton teams.  Most recently, the school developed a new Sports Centre. Renovations involved the improvement of their facilities but also the welcome addition of a new sports hall, squash courts, changing rooms, an additional strength and conditioning gym, a café space, and facilities for hosting conferences. These added to existing facilities which included two large sports halls, a fitness suites, a 25-metre pool, water- and sand-based AstroTurf fields, indoor tennis courts, and a generous number of other outdoor pitches and courts.  Core sports at the School are: football, hockey and cricket for boys, and for girls hockey, netball and tennis; but Reptonians play and compete in over 25 different disciplines and have enjoyed national success in hockey, football and tennis.  It currently holds the record for winning national hockey titles – 40 in total – in the National Schools Championship. The School recently announced an ambitious swimming programme with the aim of becoming a nationally-ranked performance centre and community club, and has appointed Olympian Scott Talbot, a coach with the Australian and New Zealand national squads, as its new Director of Swimming.