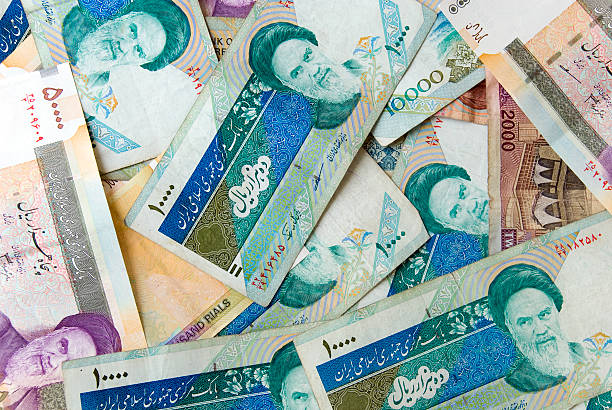 While it shouldn’t come as a surprise, it isn’t every day that a foreign government designates an individual foreign citizen as being supportive of a terrorist organization and adds them to its list of personae non gratae. Frances Townsend, former homeland security adviser to President George W. Bush and longtime critic of Iran’s oppressive regime, is now in that rarefied air.

Again, this shouldn’t be a complete surprise. “The regime targeting me is not new,” says Frances Townsend. She has publicly called out the Islamic Republic of Iran’s support of groups designated by the United States and its allies as terrorist entities. She’s brought light to Iran’s history of bad faith negotiations when it comes to humanitarian efforts as well as its emerging nuclear program. She’s penned op-eds laying out her reasoning for being concerned. In 2018, she spoke at a National Council of Resistance of Iran (NCRI) rally in Paris that was the target of a bomb plot by an Iranian diplomat who was later convicted.

“Iran’s growing stockpile of enriched uranium and state-sponsored terrorism pose an immediate existential threat to humanity and must be addressed swiftly and resolutely,” Townsend noted in a piece for The Hill.

In what could be considered a badge of honor by some, Townsend now joins a list of U.S. politicians, business leaders, and current and former government officials as being in violation of Iran’s “Law on Countering Violations of the Human Rights and Adventurous and Terrorist Acts of the United States in the Region.”

Specifically, Iran claims Frances Townsend and the others on this list are in violation of Article 4 of this law, which “designates the following American individuals and officials for their deliberate support of the Monafeghin terrorist group (so-called MKO) through participation in the terrorist group’s gathering, acknowledging their terrorist acts and causes as well as providing political and propaganda support to the group.”

The Iranian government says that the MKO, which has been in existence as a political opposition party in Iran since 1965 and has played a prominent role in the politics of the state ever since, is first and foremost a terrorist group.

The group has a checkered past with the United States, for periods being designated a terrorist group by the U.S. and others, although that isn’t the case currently.

The MKO, in general, advocates for an overthrow of the conservative government of the Islamic Republic of Iran and the installation of its own democratic government.

This has put it at odds with virtually every political regime Iran has had since the group was formed.

The group was involved in armed conflict with the Pahlavi dynasty during the 1970s and is credited with assisting in overthrowing Shah Mohammad Reza Pahlavi (who was backed by the United States). Unsurprisingly, the U.S. and its allies in the European Union, as well as Canada and Japan, designated the MKO a terrorist organization for the effort.

But the U.S. and MKO eventually mended fences, with MKO members in Camp Ashraf (where members of the group surrendered arms during the U.S.-led occupation of Iraq in 2003) being designated as “protected persons” under the Fourth Geneva Convention.

Clearly still a thorn in the Islamic Republic’s side, the MKO now portends to seek regime change via peaceful means and replace the cleric-ruled Iran with a secular government, something that U.S. politicians wouldn’t try to stop them from doing.

Of more interest to the U.S., and Frances Townsend in particular, is the fact that the MKO has stated it wishes, should it find itself in power, to preserve a nonnuclear Iran.

Townsend has discussed at length the dangers of a nuclear-capable Iran, urging the U.S. to take appropriate actions to ensure that doesn’t happen. The collapse of the Iran Nuclear Deal, while an imperfect and temporary solution, has allowed Iran to continue its efforts to enrich uranium at a much more rapid pace than when the agreement was solidified in 2015.

“These aren’t just talking points; we are facing real-world consequences,” Townsend wrote in The Hill. “My fellow members of the Iran Threat Commission who’ve suffered at the hands of the Iranian regime know that negotiations mean little when a government does not respect rule of law and basic principles of human rights.”

That interest in and public stance against a nuclear-capable Iran is now codified in the updated Monafeghin Terrorist Group support memo, issued on July 16, 2022, by the Ministry of Foreign Affairs of the Islamic Republic of Iran.

The list now includes 61 American officials, current and former. While many of those on the list are considered somewhat fringe figures themselves (Rudy Giuliani and John Cornyn make the listing), there is a wide swath of the political spectrum represented.

Sen. Cory Booker and Rep. Hakeem Jeffries, both on the more liberal side of American politics, are mixed with conservative stalwarts like Sens. Rick Scott and Ted Cruz.

Neither of the latter two needs to worry about being misconstrued as progressive in any way.

The regime’s reasoning is clear in its statement, although its interpretation of what constitutes a terrorist threat is up for debate. As of 2022, only Iran and Iraq qualify the MKO as a terrorist organization.

Once again beauty, or terror, is in the eye of the beholder. While most Western nations don’t view the MKO as a terrorist organization, it doesn’t mean that outright support of the group is without some political and ethical pitfalls.

The group has been credibly accused of human rights abuses (as has Iran), a “cultlike” mentality in how it indoctrinates its followers, and has paid various political figures in the U.S. and abroad over the decades to lobby on its behalf to get the terrorist designation removed (that worked).

Geopolitics is both a short and a long game. For someone like Frances Townsend, and many other U.S. current and former government officials, the MKO can be seen as “the enemy of my enemy.” While certainly not a perfect solution for getting Iran’s nuclear ambitions under control and installing a democratic government in Iran, support of the MKO’s goals is the lesser long-term evil when it comes to preserving global order and stability.

Frances Townsend is not likely to be upset that she’s on the list of people fighting for that.

“In my years as an adviser on homeland security to President George W. Bush, I had a front-row seat to the terrors perpetrated by Iran,” Townsend declared in The Hill. “Today, my resolve to raise awareness about alternative actions to successfully blunt the terrorist regime is only stronger. I have joined as co-chair the Iran Threat Commission on Hostage Taking and Targeting of Civilians, a bipartisan group motivated to end the Islamic Republic’s hostage diplomacy.”