Good Lookin’: A Joe Turner Mystery, The Ups and Downs of a Murder Trial 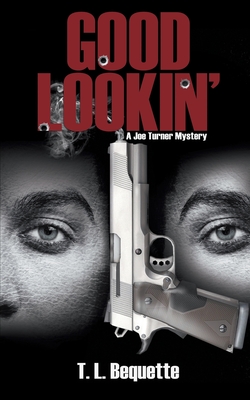 For years, the gangs of inner-city Oakland have run rampant. The Cashtown gang and its rivalry, IceBoyz, often settle their beef on the streets. Criminal defense attorney Joe Turner faces them head-on in Good Lookin’: a Joe Turner Mystery by T. L. Bequette when he is hired to represent Darnell Moore. With a growing mountain of evidence against him, it seems as if Moore enters the trial with his fate sealed. Working with a client who insists he knew nothing about the murder that landed him in jail, Turner realizes this will not be his usual run-of-the-mill case. Along with the help of an office mate and a private eye, Turner searches for the truth despite everyone confidently pointing fingers at his client.

Throughout his career working as a criminal defense attorney, Turner has never lost an innocent client to life in prison. Using this as motivation, he seizes every possible opportunity available to prove his client’s innocence.

On March 22, 2021, Cashtown gang member Cleveland Barlow was shot while loitering outside his gang hangout. Moore becomes implicated in this mess when his car is spotted on camera in that same intersection seconds before the shooting. With an eyewitness across the street who later picked Moore out of a photo spread of suspects, it seems like the case would quickly come to a close. Upon meeting Moore for the first time, Turner discovers a few crucial details. First, Moore did not invoke his right to remain silent when the police questioned him. Second, Moore refused to admit having knowledge about the shooting, which in Turner’s decade of experience, was not a good sign. Instead, he remained remarkably calm and held an easy smile that directly contradicted his likely future of life in prison.

While learning about the Moore case through Turner’s perspective, this book simultaneously follows a storyline from the perspective of twins Damon and Jesse. These nine-year-old boys were too familiar with the fact that something always went wrong with foster care. Their new foster dad was a “real loser” as they would put it, who often gave them manual labor instead of ice cream. However, their relationship to Turner remains a mystery at the beginning and will keep you guessing as you read on.

Outside of piecing together the mystery surrounding his latest innocent client, Turner also decides he needs to build a better life. To start off, he musters up the courage to call Andy’s wife’s friend, Edna. With an interesting name like that and the fact that his last fling ended in catastrophe, he felt both nervous and excited. When he finally meets her for coffee, his expectations are blown out of the water. The author will get a laugh out of you when you read how hopelessly and awkwardly Turner tries flirting with his new woman.

In a labyrinth of lies, gang history, and family drama, Turner uses every trick up his sleeve to win his client’s case. You will pick up Good Lookin’ for the mystery but stay for the romance and love the surprise ending you never expected.

Criminal defense attorney Joe Turner faces the gangs of inner-city Oakland head-on in Good Lookin’: a Joe Turner Mystery by T. L. Bequette when he is hired to represent Darnell Moore. With all the evidence pointed against him, it seems as if Moore enters the trial for murder with his fate sealed. Luckily for him, Turner prides himself on defending the innocent and demands respect for the presumption of innocence. When he meets Moore for the first time, he believes his client’s easy smile and calm demeanor reflects that very innocence.

Not everyone believes his young client is innocent until proven guilty. For example, Turner reveals how police reports are written in a manner that justifies the arrest, meaning they usually do not contain evidence that would prove one’s innocence. The report describes the events that occurred on March 22, 2021, when Cashtown gang member Cleveland Barlow was shot while loitering outside his gang hangout. Most people would place the blame on the IceBoyz gang who often made new members earn their spot by participating in “initiation”. Moore’s car is spotted on camera in that same intersection seconds before the shooting.

With his work cut out for him, Turner begins the process of entering a plea of not guilty and building his defense. To do so, he inspects initial police reports, photographs of the crime scene, drafts a discovery list for the D.A., and recruits his friends Andy Kopp and Chuck Argenal to help. While they may not seem like much, Andy’s expertise as a personal injury attorney and Chuck’s vast connections as a private eye prove crucial to Turner crafting a strong defense.

Even as a criminal defense lawyer, Turner still admits that it is more fun to defend the innocent and argue a worthy cause; he prefers to fight on the side of justice. Working with a client who insists he knew nothing about the murder that landed him in jail, Turner realizes this will not be his usual run-of-the-mill case. He thinks of this case as a rare opportunity, the chance to fight for someone who is factually innocent.

While reading Turner’s perspective on the murder trial, this book simultaneously follows a storyline from the perspective of nine-year-old twins Damon and Jesse. Their mysterious link is one of the many questions the author hangs in suspense until the latter half of the story.

Even though the author also keeps the trial in constant suspense, he makes it clear that to the world of criminals, there is a big difference between a murder case and a homicide case. Between sucking up to incompetent judges and heckling with the prosecutor Nathaniel Winston Didery, the author shows how each player has their own agenda. Turner undergoes the task of sorting through the mess, while dealing with his own psyche.

We read firsthand the frustrations of being a criminal defense attorney and are taken for a ride through the ups and downs of the criminal justice system. The suspense of Good Lookin’ will keep you rooting for Turner’s success and waiting for Moore’s freedom.