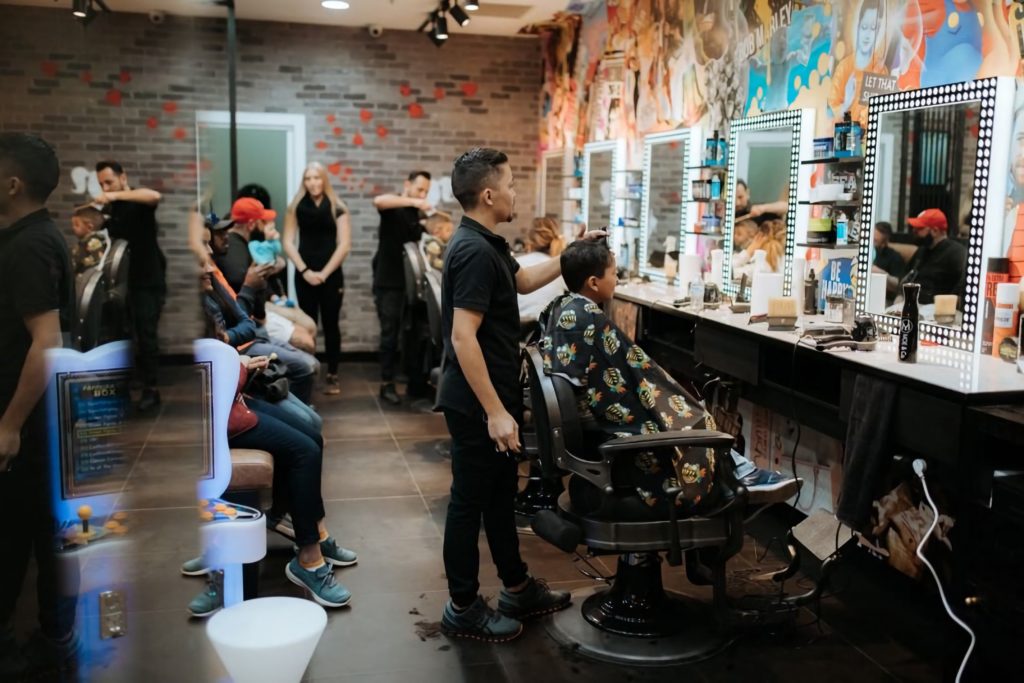 First came the rise in men’s interest in skincare and grooming products, then came a boom in the men’s cosmetics industry. With specialty cleansers, creams, and lotions targeted to appeal to men, the men’s personal care market has been booming. The industry is expected to grow to $75.8 billion globally by 2027. Former L’Oreal Executive Nicolas Krafft says he’s watched the rise in self-care among men expand beyond just skincare and grooming. Nicolas Krafft adds that the industry’s recent transition to include cosmetics for men is a push by corporations toward inclusive products, which he applauds. Twenty years ago, the idea that men might include skincare as part of their morning regimen may have seemed far-fetched. But as men are increasingly on camera and online, as men continue to grow more comfortable and secure with the idea of a skincare regimen, and as male celebrities come clean about their makeup use, men are turning to makeup as part of their interest in looking good and putting their best face forward.

Outside of the U.S., particularly in South Korea, makeup and skincare products for men are already the norm. The global popularity of K-Pop has given rise to a new acceptance of men’s cosmetics. South Korean men purchase 20% of the world’s beauty products, over $1 billion worth of cosmetics annually. Among Generation Z men in South Korea, 58% say they indulge in “lengthy” beauty or grooming treatments once a week or more, compared to 34% of South Korean men overall. The beauty standards for men set by K-Pop stars emphasize grooming, and highly polished, stylized looks. The dewy look, known as “chok chok” is achieved with BB cream, a normal part of men’s beauty regimen.

“I do believe men in North America are just behind on this,” said David Cho, who co-founded the Soko Glam Korean beauty website with his wife Charlotte.

But men in the West are quickly catching on. Recent surveys have found that one-third of all young men, and 23 percent of men overall, would consider wearing makeup. And market research finds that men’s beauty and fashion products have been outpacing women’s products since 2010.

Celebrities are at the forefront of the acceleration in the men’s makeup and skincare trend. There was a lot of buzz when actor Daniel Kaluuya wore makeup from Rhianna’s beauty brand Fenty Beauty to the Oscars in 2018. His makeup artist focused on the way Kaluuya uses makeup to enhance his complexion, and prevent him from looking tired. Soccer star David Beckham drew media attention in 2019 when he was featured on the cover of Love Magazine wearing green eyeshadow. Recently, the company Hims launched a new concealer line with baseball star Alex Rodriguez called the “blur stick.” In related advertisements, the former Yankees pro makes applying makeup seem as ordinary as any other part of a daily skincare routine. As more male celebrities come clean about wearing makeup, says Krafft, you can expect to see plenty of men who never considered makeup giving it a try.

Nicolas Krafft adds that men are typically interested in products that can help them fix an existing problem, whether to reduce under-eye circles, mask redness and blotchiness, or conceal blemishes.

“I think that the average guy who’s considering using cosmetics or does use cosmetics, it’s really an enhancement or some sort of camouflage to cover up something that they’re unhappy with,” Garrett Munce, director of grooming at GQ, told CNN.

Companies are responding with special makeup and skincare lines aimed specifically at men. These are accompanied by ads that play up makeup’s masculine possibilities and video tutorials that walk men through the step-by-step process of applying concealer and other products.

Ultimately, says Krafft, men still feel more comfortable using products that are designed for, and marketed toward them. Surveys have found that 23% of men would be more likely to try makeup and skincare if there were designated products for men; 18% said they’d be likely to try it if stores had dedicated employees to explain and test men’s makeup and skincare products. The products men are most likely to try (from most to least likely) include: moisturizer, lip balm, coverup or concealer, toner, and foundation.

The best cosmetic brands for men

While you still won’t find a men’s makeup section in the neighborhood drug store, product lines designed specifically for men are becoming more common. A prime example is the company Formen, which specializes in cosmetics for men and is geared toward solving common complexion issues—including male acne, facial shine, under-eye bags, and oily skin. The products all bear the company’s logo — a 13-point buck.

There’s also the British makeup brand War Paint. The product line includes primer, tinted moisturizer, concealer, foundation, and beard and brow gel, all in understated, black packaging. To drive home the message that makeup and skincare can be masculine, the company has partnered with the Wigan Warriors Rugby League Club to promote initiatives focused on building confidence and supporting men’s mental health.

One of the more established men’s skincare brands is Mënaji, which has a similar focus on correcting imperfections and male-approved branding with their “Camo Concealer,” “911 Eye Gel,” and anti-shine powder. The company has a series of instructional videos to help demystify the makeup application process for men.

Mënaji president Pamela Viglielmo says that, increasingly, young men are tuned in to the possibilities for enhancing their appearance that makeup provides and they’re not scared to try it. “If I show a concealer stick to a guy in his twenties, not only will he know what it is, but he’ll grab it to see if it’s his shade,” she told LA Magazine.

And major beauty brands, too, are developing their own lines of makeup designed for men, says former L’Oreal Executive Nicolas Krafft. Chanel debuted its line of men’s makeup — Boy de Chanel — in August 2018. The line was named after one of Coco Chanel’s great lovers, Arthur “Boy” Capel. When it first debuted, Boy de Chanel included only foundation, lip balm, and brow pencil. The line has since expanded to include a number of other products, including nail polish and eyeliner. Tom Ford has a men’s line that includes masculine scents like leather and wood as well as scrubs, lip balms, and concealers. Clinique for Men offers a face bronzer in addition to eye gels, moisturizers, and shaving products.

Nicolas Krafft on the pandemic’s role in growing mens beauty

The COVID-19 pandemic has accelerated the makeup and skincare for men trend, says Nicolas Krafft, as men have had more time to think about their appearance and to consider how they look in Zoom meetings and other online platforms. There’s a growing sense, says Krafft, that men today have to be “camera-ready” at all times.

In a recent story in Vogue Business, Sam Cheow, a senior vice president at Estée Lauder Companies, said: “We’re seeing a shift in men’s appetite to purchase both skincare and makeup, accelerated by the pandemic which has led to a general increasing focus on self-care.”

Social media is an important platform for educating men about makeup and skincare options and for bringing men’s makeup and skincare more mainstream, says Krafft. There are scores of popular YouTube influencers who post regular videos on living a healthy lifestyle and tutorials on how to apply makeup in a way that looks natural. In one such video, the influencer asks the question: “Why can’t any male wear something that’s going to make them look better?”

Nicolas Krafft, Former L’Oreal Exec, Remarks on the Rise of Men’s BeautyBreaking down the stigma around makeup for men is the first step, says Krafft. But the growth in products designed specifically for men, with traditionally masculine packaging and a focus on fixing imperfections, is opening a door to more widespread acceptance of makeup and skincare for men. Nicolas Krafft anticipates that as online platforms continue to grow in social and professional importance, and as younger generations, with more flexible thinking around gender roles, rise to prominence, men’s makeup will soon be easy to find anywhere you purchase makeup for women.